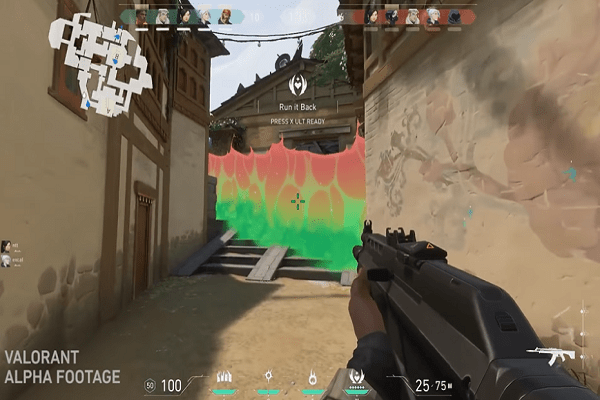 Who has not heard of Valorant? Even if one has not played the game before, one must have watched online streams of gamers playing Valorant. And even if that is not the case, any serious game must have heard about this phenomenon. Unless they were living under the rock or more likely lying, then they must have about this game, and there is a pretty good reason for it.

Riot Games have created a phenomenon, which is an amazing feat when considering some of the other top games in the first-person shooter battle royale genre. This genre has seen some of the biggest hits in the last two decades and to break out among them is a feat in itself. But Valorant didn’t simply just break out; it has been one of the most downloaded and streamed games in the genre since its release. And while its enormous popularity shows it has provided an excellent experience to its gamers, and it certainly has provided great news for the folks at Riot games, it has also created difficulties for new players to break out in the game.

Because of its enormous popularity, it is very common for beginners and less experience to get matched against veterans and pro players of the game; the outcomes for that are pretty one-sided. So, if you are looking for some tips and strategies that would help improve your gameplay, then this blog is especially for you. Here are some of the tips, strategies, and Valorant cheats that every Valorant player should know.

If you are a beginner to Valorant and are not sure which agent you should start your first few matches with, then the answer to that would be Sova. While one can choose any agent for their match as there are no restrictions on selection, choosing Sova for the first few matches would be a smart decision for beginner players. Sova is relatively easy for one to get used to, and his abilities are also pretty easy to get a hold of. By using the recon arrows, you can quickly destroy a trap set for you, and even if the enemy players immediately destroy your arrows, you will be able to know their location and initiate the combat.

Valorant is an extremely fast-paced game, and if you don’t keep up with it, well, you will not get many kills against your name. One thing a player absolutely has to do in Valorant is improving their aim. If you miss a shot, your opponent’s response would likely be the end of you. So, you must improve your aim to ensure that you do not miss when shooting, and one of the best tips you can follow here is not to move while shooting. Moving decreases the shot’s accuracy; so, if you can take an opponent out, take the shot while being in a stationary position.

If you are in any way familiar with the first-person shooter battle royale genre, then you must know how valuable the minimap is in those games. The importance of minimap in Valorant cannot be understated in Valorant as well. So, you should make the most of this feature and ping your teammates if you see an enemy nearby your location.

Valorant allows gamers to make a purchase of weapons and accessories before the start of each round. You must make the right purchase as it could mean the difference between life and death.

At the start of the first round, i.e., the pistol round, you would get 800 credits to make your purchase. The intelligent thing to do would be to invest in a Ghost pistol which would cost you 500 credits. It is highly accurate and can easily one-shot anyone within 30m range.

For the second round, Phantom or Vandal would be the right choice, and they both are excellent mid-range rifles with reasonable recoil, which one could get used to, and they deal high enough damage. With the remaining funds, you should prioritize buying light and heavy shields.

Valorant is not as simple as other first-person shooter battle royale games where you can shoot down the enemy team, and that’s it. No, it is much more than that, which is one of the reasons why this game is so popular in the gaming community. You should get familiar with spike, which could bore fruitful results for you when you are attacking the enemy team.

Whether you are new to gameplay or an experienced one, you would definitely find the above-mentioned tips and strategies useful. Just follow them and enhance your gaming experience right away.