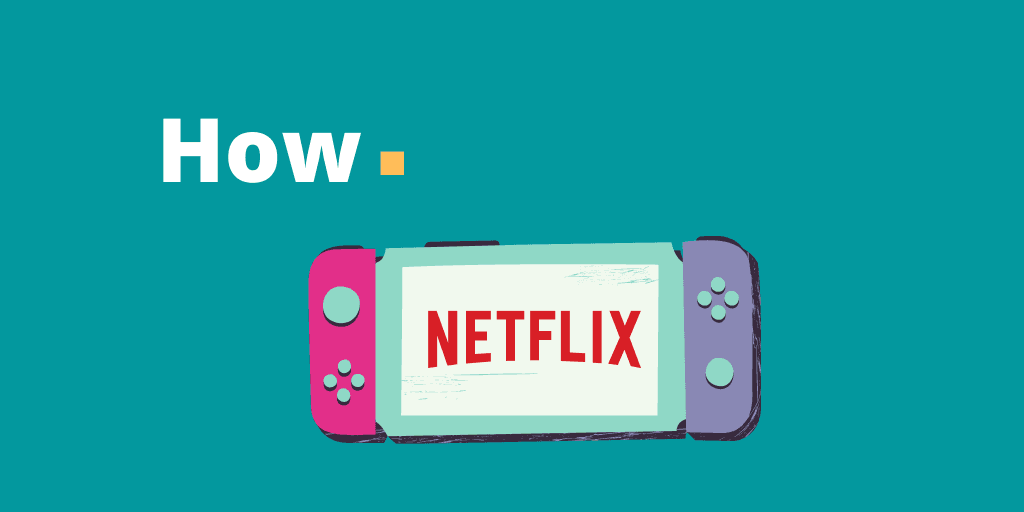 How to Get Netflix on Nintendo Switch? Nintendo Switch is a widely known popular gaming console for its portability, online capabilities and it’s an enormous library of games. To top it off, it’s low price results as 2019 best-selling consoles.

It combines the portability of a handheld and also has the ability to hook it up to a big screen.

From Mario Kart, to catching Pokemon Sword and Sheild, you can do on the Nintendo Switch.

Nintendo Switch users have been hoping for the popular movie streaming service Netflix app to get added in the console. However, only YouTube and Hulu have been added so far and the absence of Netflix has been one of the serious concerns ever.

So, how can you get Netflix app on Nintendo Switch?

Can you watch Netflix on Nintendo Switch?

Yes, you can watch Netflix on Nintendo Switch but not officially.

Nintendo Switch does not officially support the Netflix app at the moment. Switch users have been waiting for it to be added since shows like GOT, Stranger Things and The Crown have become hugely popular.

However, you can get access to Netflix on the Nintendo Switch but there are a few steps to complete before you can get the app.

How to Get Netflix on Nintendo Switch?

Follow the below steps to get the app to watch movies and shows on this console.

Note: We aren’t encouraging you to do it. This article is to merely guide that it can be done and should be viewed as educational purposes.

Step 2- Pick some image that is close and corresponds to the size of your microSD card, preferably smaller than your card for extra remaining space.

Step 3- Write the image to the SD card. Do not extract the image and let Etcher handle the compressed image.

IMPORTANT: Make sure to use an empty SD card to avoid the file from being overwritten.

Step 5- Next, Download the “Shield-ifier” zip file and copy it on the SD card for your switch to identify it as Nvidia Shield TV and subsequently install the Nvidia app.

Step 6- Next load Hekate and boot to TWRP by holding on the VOL+ and select the Android config.

Step 8- After you install GApps, wipe cache/Dalvik as offered by TWRP.

Step 9: Finally Reboot to Hekate and boot into Android

Complete the initial setup and make sure to keep the Nvidia app updated from the Play Store.

Once you have installed Android on your console, your Switch will now basically run like an Android tablet, which means you can go ahead and download the Netflix app via the Google Play store.

After you have downloaded Netflix app onto your Switch, launch the app and log in with your account to start streaming.

Similarly, even the joycons will not work on every application. .

Setup Nintendo Switch on your TV

The next method to get Netflix on your Switch is to set up the switch on your TV.

How to Setup Nintendo Switch on your TV

Step 1: Connect the USB plug from the NintendoSwitch by opening the back cover of the Nintendo Switch Dock.

Step 3: Connect one end of the HDMI cable into the terminal of HDMI OUT and then connect the other end into an HDMI port on your TV.

Step 4: Next, turn on your TV and select the correct HDMI input.

Step 5: Power up your Nintendo Switch on your TV and open the home menu option.

Steps to Install Netflix on Switch

Step 1: After you have launched Nintendo Switch on your TV, open it with its sign-in credentials.

Step 3: Select the box next to the search bar to get the on-screen keyboard on the e-shop store.

Step 4: Type in Netflix on the search box and then hit OK.

Step 6: Next, Install Netflix and log in with your Netflix user credentials.

Switch owners are able to use streaming platform Hulu and Youtube. However, the Hulu service is not available in the UK at the moment.

If you really wanna stream on-demand movies, we would recommend you to use your smartphone rather on Switch rather than risking while your are modding your device.

Wii lost support for the majority of its streaming services on January 31, 2019. Nintendo’s old platform no longer supports Netflix, Hulu, Crunchyroll, and YouTube.

Nintendo also reportedly plans to shut down all of it’s Wii network services.

Popular support for those services ultimately results in more profit, so there has been speculation about the streaming services to make an appearance on Switch soon.

As mentioned before, even if the above methods can help you get Netflix application on your Nintendo Switch, this methods aren’t officially endorsed by Nintendo. So, you should be careful about it.

If you wanna put your modding hat on, we advise you to proceed at your own risk and take every precaution. Hopefully we can see them launching the app on Switch officially in the near future.

Do you find this article useful? If so, make sure to share it with someone who need to read it.