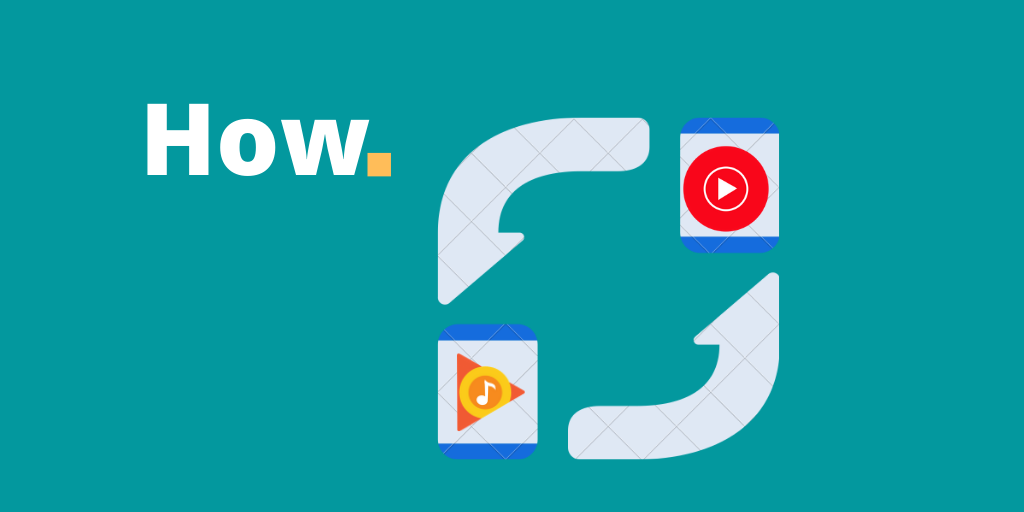 Google Play Music which is a music and podcast streaming service launched on November 16, 2011, by Google is finally shutting down and killing off its service by the end of 2020.

It is going to be substituted by YouTube Music as the preferred Google’s only streaming music service.

It is ready to migrate the long-time Google Play Music fans over to the YouTube Music without much hassle and disrupting their streamings.

As of May 12, Google is rolling out a new tool to smoothen the transfer which will allow you to easily transfer all your songs, albums, playlists, purchased songs, personal uploads, and preferences from Google Play Music to your YouTube Music app.

This will make sure that you don’t lose your data and content after Google Play Music is eventually killed off.

1. Some of the songs or tracks may disappear upon transferring as YouTube Music may not have the rights to all music tracks which was once on your Google Play Music library and if that’s the case, the particular track might be greyed out in your YouTube library.

2. In case, you have any podcasts purchased, you can find them in the upload section on YouTube Music. Your liked stations in Play Music will be available in the Playlists section.

3. If you have any active Google Play Music subscription, the billing date and price will sync up the same on your YouTube Music account.

4. Your Google Play Music account will remain active until Google officially shut down, and you can still use your account for time being. Any changes you make will require another transfer process if you want it.

Things to keep in mind –

Here’s how you can seamlessly transfer your Google Play Music library to YouTube Music!

Note: You can transfer via an Android device, iPhone, or the web.

Transfer with an Android/ iOS Device

The process remains the same for both android and iOS devices. Also make sure to update the YouTube Music app to the latest version.

Step 1: Open the YouTube Music app on your iOS or Android device.

Step 2: On the main home screen, you should see the “Transfer your Play Music library” banner. Underneath it, click the “Let’s Go” button to continue.

Step 3: YouTube Music app will then display you everything that you’re about to import/ transfer over including your –

You should then see a “Not Now” and “Transfer” option buttons on the bottom of it. Select the “Transfer” button for the importing process to start.

Step 4: You’ll see a persistent “transferring your Google Play Music library” status bar at the top of the YouTube Music app. The estimated time will depend on the size of your library and how many other people are on the transfer process currently.

Things like your preferences, Personalization, and playlists will be transferred over almost instantaneously, however, the most time-consuming ones are your uploads and purchases since Google is making a direct copy of those files to the other.

Related read: How to Add Music & Lyrics to Your Instagram Story

Once the transfer is completed, email notification and a pop-up in the app will be sent to you notifying that you’re all set.

Check back on your YouTube Music app home page to see recommendations and collections from your Google Play Music library.

Transfer from a Web Browser

Another option to transfer is on the web via any browsers or device. It will work on both Mobile or Desktop browsers.

Step 1: Head over to music.youtube.com/transfer

Step 2: Login with your Google account for Play Music and check if the transfer button is active for your account. If it is not available, give it a day or two for your account to be supported.

Step 3: Select “transfer,” and your content (songs, uploads and preferences) will start being migrated over.

Can I Continue using Play Music after the Switch?

Google hasn’t officially yet announced when exactly will Google Play Music will be shut down but it is scheduled for around year end.

So, until then, you can still continue using Google Play Music even after making the initial switch. However, any new changes you made to your library or playlists will require another transfer for them to be reflected on your YouTube Music.

This time it will only copy whatever’s been changed instead of transferring your entire library all over again. So, that’s a good thing.

What about my Stations and Uploads?

Stations isn’t a thing in YouTube Music, so it will basically convert all your stations into playlists.

YouTube Music Library has two tabs at the top,one for YouTube Music and the other one for uploads. You will find your uploads there.

How will my Google Play Music plan transfer over?

Google will analyze your current Google Play Music plan during the transfer process to YouTube Music and gives you an equivalent tier of YouTube Music Premium which will be based on the level of benefits with your current subscription plan.

Your monthly billing will be the same in terms of price and benefit unless if you live in a location with a major fluctuation in currency.

You can also transfer the family accounts too but have to be done by the manager.

Can I make the Transfer even if I’m a free user?

Yes, even if you are a free user, you can still make the transfer. It will let you play your uploaded songs in the background and can also download them on your device.

Unlike Play Music, you get access to thousands of music and tracks for free but you will have to endure the ads unless you opt for a subscription.

What Happens if I already use YouTube Music. Will my library be overwritten?

No, all your imported and original YT Music libraries will be combined intelligently with no duplicates. So, you need not worry about that.

The entire transfer process from your Google Play Music library to YouTube Music is seamless and not complex at all. All it requires is just a few clicks and taps and relax.